The Sick of the Fringe

The idea was to choose performances and then write about them, not as a reviewer, but to diagnose themes of health, medicine, disability and the body, and link them to contemporary research and events. The Sick of the Fringe was founded in 2015 through Wellcome commissioning by artist Brian Lobel and Tracy Gentles, Creative Director of Something To Aim For, who develop and produce the programme. 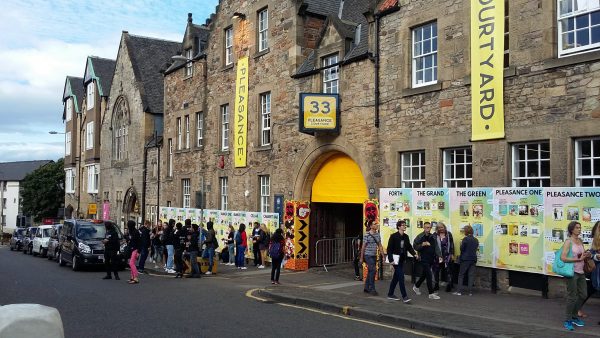 On day one I diagnosed comedian Tez Ilyas’ show Made In Britain, which explored what it means to be a British Muslim in a post-Brexit period when anyone considered an outsider can find themselves under a critical spotlight. Such hostility, research shows, leads to long-term impacts on health and welfare. UK figures show that people of Pakistani and Bangladeshi descent experience much higher levels of some diseases, with experiences of racism and discrimination as crucial issues.

I also grabbed Tez for a quick interview after his show which took place in an underground bunker he called the cave.

The same day I got to Summerhall to diagnose Faslane, Jenna Watts’ one-woman adventure into the world of the Faslane naval base, the Scottish home of Operation Trident. Many of Watts’ relatives work there, but where should she place her loyalties? And who should she listen to in the nuclear (dis)armament debate?

Day two had four shows (no point being here to relax) and I diagnosed Grey Matter by Spasm at C Nova, a play set a few years hence in a secure neurotreatment centre. This grim facility is where young men will find themselves if they fail their 18+ test – an assessment of their likelihood to commit murder, which is now compulsory since a mass school shooting. The parallel drawn by the show’s creators to today’s young offender institutions could hardly be clearer.

I also diagnosed Max Scratchman and Alex Beattie’s dark and dramatic show Edinburgh in the Shadows, full of real-life history and black humour. Here’s my interview with Max about some of the show’s stories of witches, executions and comi-tragedy.

Light relief was provided by seeing Sofie Hagen’s show Shimmer Shatter and having a photo taken with her. 🙂 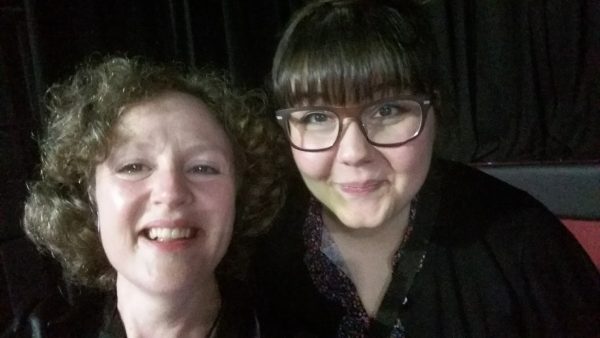 Day three reached a peak of six shows, including Katy Brand’s I was a Teenage Christian at The Pleasance Upstairs which I diagnosed from the point of view of research into radicalisation and mental health – fundamentalism in all its forms being such a negative thing. I also saw shows by Clean Break, Fen’Harel Theatre’s show Brain Matters, which I diagnosed, Jilly Bond & Julian Gartside, and Steve McLean.

Days four and five were a blur of shows, conversations and food. I diagnosed Monologues of a Tired Nurse by Theatre for Thought, bringing in Mind’s research that one in three healthcare workers would never talk about their stress for fear of being seen as less capable – less able to take the heat of an NHS essentially on fire.

I had a chat with people in the queue for Dreamcatcher, and met the writer of the play Kashyap Raja. I wrote a diagnosis of the show, considering whether dreams may hold the key to unlocking your subconscious mind and your destiny.

As a final, unexpected, experience, I saw a Chinese opera and acrobatic troupe interpreting Macbeth, and had the pleasure of interviewing the director (with interpreter) who emphasised the universal appeal of Shakespeare.